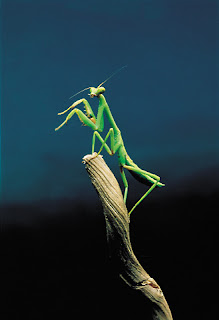 Still-life and nature photography, built his own studio and darkroom on the borders of Lake Malvas, Brazil, where he studies and shoots creatures of the insect world and other aspects of Brazilian nature. 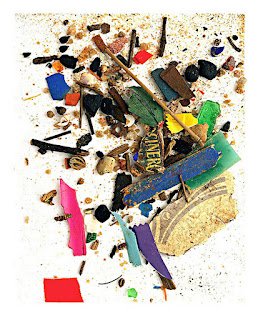 Still-life and nature photography
(...) Manuel da Costa has surprised the Brazilian photographer community with his conceptual, consciously political work. Costa takes fragments of his natural environment to construct an entirely personal, almost monochromatic, yet kaleidoscopic universe. In assembling these fragments that time has passed by, he recovers and articulates a particular way of seeing the visible world and stimulates the imagination. The landscapes he creates are critical; they raise questions; they reconstitute an invented paradise as if it were an album of memorabilia created as authentically as any other. Costa opens up the possibility of seeing a unique world in which reality is in opposition to the imaginary and the concrete clashes with the abstract, in a way that throws into relief the crisis faced by today´s world of superficiality and appearances. (...)
Rubens Fernandes Jr, (researcher & photographic critic), June 1997, in the Pirelli / MASP Photography Collection catalog 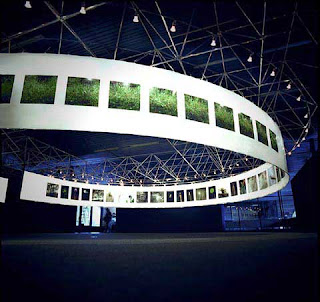 It is called PERCEPTOS. Two seamless paper curtains mounted back to back hang from a spatial structure 12 meters square. The curtains are made of inkjet photo glossy paper, each measuring 25 meters long by 90 centimeters high, and were curved to form a big spiral. Ana (my wife) devised this magnificent way of fastening the curtains to the structure: one single and very thin nylon thread zigzagging from a set of metal rings attached to the upper border of the curtains to another set of rings attached to the lower surface of the structure. The overall effect is very delicate, the presence of the thread is subtle so the curtains seem to float in the air.

95 photographs grouped in 5 chronological sequences depict the movements of life and light on the shores of Lake Malvas during the one year time our planet takes to complete its orbit round the sun. Four of these sequences were printed on the outer face of the spiral showing four different scenes changing month after month (12 images in each sequence). The fifth chronological sequence covers the whole extension of the inner side. This one sequence, different from the other four that are all in colour, has black and white pictures inserted among pictures of colourful plants and animals. The B&W images points out the changing patterns of light of the changing seasons, the colour ones indicate how life evolved throughout the year. When you walk into the spiral you have, in a glimpse, a 360 degrees vision of 365 days squeezed in 47 images.

The making of the images of Perceptos was made possible by the funding it was granted when its written plan won the great prize of the 1st International Photography Biennale of Curitiba (Brazil, 1996). Hewlett Packard Brazil and Espaco Ambientacao e Design were the sponsors of the spiral installation that was shown at the Metropolitan Museum of Art of Curitiba during the 2nd Biennale, in 1998, which received the National Photography Award (FUNARTE) of that year.

ANT FACES
Objectives of this project:
The creation of a series of portraits of ants enlarged under a Scanning Electron Microscope (SEM) to the point of revealing the finest constituent structures of their faces.
Despite de fact that the procedures here described may be perceived as being of scientific interest, the main pourpose of this project is essentially aesthetic. Being so, it has been established that in order to enhance for the viewers just the physiognomic differences of the ants, and not the taxonomic ones, all the faces will be reproduced with approximately the same size. Also, for the same reason, any anatomical detail out of the plane of the face will be digitally supressed.
Two problems:
1)
In the microscope, the face of an ant can only be visualized as a whole if not enlarged too much. As the enlargement increases the framed areas became so small that the resulting images turn into abstractions very quickly. In a SEM this side effect can be noticed right in the first stages of the enlargement, which can reach up to 300.000 times.
left: Ant face enlarged 50 X.   middle: Detail of the left eye enlarged 350 X.  right: Detail of a hair of the left eye enlarged 7.500 X.
2)
To be able to see more and better it is not enough to enlarge the frame that shows the ant face as a whole. This kind of enlargement does not reveal the existence of more details, it just enlarges the
ones that were already part of the image at the moment it was generated. The only enlargement possibility that allows a proportional gain in detail is the one made from the specimen itself, what takes us back to initial problem.
A solution:
To produce a predetermined sequence of high-definition records of all parts of the face of an ant under a certain degree of enlargement.
These records, after put together (via software) as pieces of a mosaic, form an image with an area equal to the sum of the areas of the pieces/ frames it is made of.
The example above shows a grid made of 16 frames. Considering that each enlarged frame can measure 25x20 cm, the size of the final portrait could then measure 100x80 cm.
This technique was successfully applied in the reunion of the three frames that compound the face of the ant shown below:
Project Steps:
1. To gather the ants by direct collecting and by exchanging specimens with myrmecologists;
SEM stages (2,3 and 4):
2. To make an exploratory visualization of the collected ants in order to select the eligible
ones;
3. To design the record grid to be applied to each of the chosen ants taking into consideration
the relation between the size of the specimen and the final image intended;
4. To execute the predetermined sequence of records and its subsequent storage in digital
media;
5. To put the constituent parts of each ant face together via software in a single image file;
6. To prepare the final files for reproduction and exhibition;
7. To plan and execute the exhibition of the ANT FACES series.