This project focuses on the influence of peace on the work of artists (and -maybe- .. vice-versa). You will see the work of many renowned artists, but also of people who are directly involved , maybe even at the frontline or who have experienced what it is to live without peace.
This page is not intended as 'complete', how could it, but please compare it to the incredibly rich page of PEACE and ART befóre the 2nd WW.
I am sure you have many comments and ideas who should be included here.
Please let me know.

“The Baptism” recreates the Black body as the flower, as the field, as the seminal building blocks of life, even as architecture, as when Mr. Rux says, “Every being is a building with music — grace upon grace upon grace.”
text from: www.nytimes.com

"The Baptism," written by poet and artist Carl Hancock Rux and directed by artist Carrie Mae Weems, pays homage to the monumental impact of John Lewis and C.T. Vivian—two towering figures in American history.
Commissioned by Lincoln Center, this 11-minute abstract film is available for free. You can also access additional interview footage of Carl Hancock Rux, who shares insight into the profound moments that shaped his life and art.
www.thebaptismpoem.org

The Hope for Peace (Espoir de Paix) Monument is a monument in Yarze, Lebanon, made to celebrate the end of the Lebanese Civil War in 1990. It was designed by the French-born American artist Armand Fernandez. It is located near the Ministry of National Defence. It was built in 1995. It is the official monument to commemorate the end of the civil war in Lebanon.
The monument is unusual in that it contains 78 military vehicles, from a range of eras and nations. The monument resembles a bombed-out building, with the vehicles positioned in it. The guns of the tanks and military vehicles stick out of it, mostly pointing in one direction.
text: wikipedia 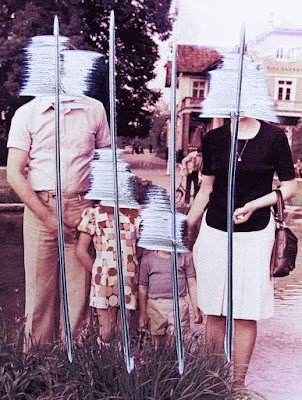 caption: A defaced photograph that was found by a Bosnian family when they returned to their home in a suburb of Sarajevo, Bosnia, March 17, 1996. taken from an article in The GUARDIAN sep.2020
Imagine: Reflections on Peace – photo essay This very impressive book is available through the website www.reflectionsonpeace.org

courtesy of Nikkolas Smith
".. follow these artists in solidarity and support their work. Share their pieces, and say the names of those who have been killed. But don't stop there; solidarity and anti-racism are choices you make actively, from moment to moment. They are not identities you get to passively and comfortably rest on. It's vital to show up for Black people and call out anti-Blackness, both with your actions and with your words."
www.allure.com

Aida MULUNEH is a professional photographer from Ethiopia

Clayton CAMPBELL: 'Words we have learned since 9/11' 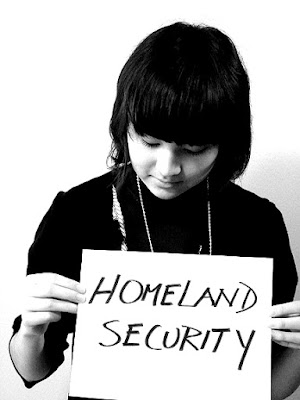 Artist Statement
We are living through a time of extraordinary social, physical and spiritual change. My practice seeks to find an alignment with the meanings behind these transformations. I make narrative, representational photo based art works that become social commentaries by exploring the behavior of ordinary people who find themselves in extraordinary circumstances.
>claytoncampbell.com/gallery/ 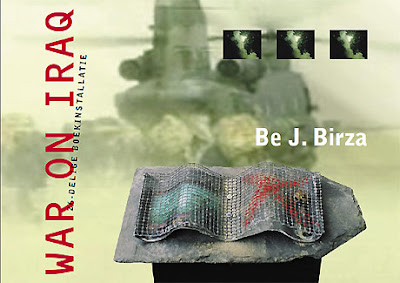 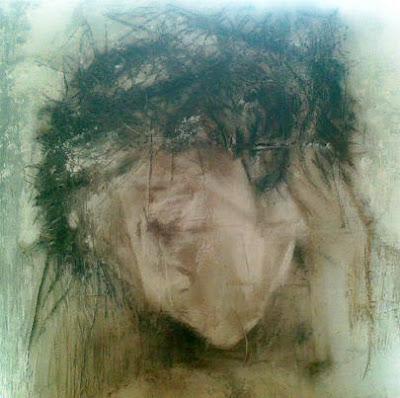 carry you within me 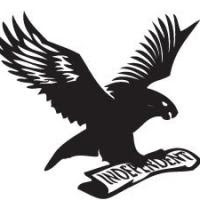 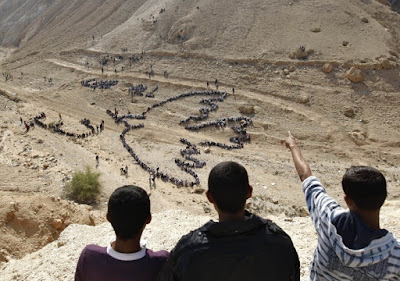 Palestinian students from United Nations schools in the Jericho area create an aerial image in the shape of Pablo Picasso’s Peace Dove, at the foot of the Mount of Temptation just outside the West Bank city of Jericho, on November 25, 2011. The UN initiative was done in conjunction with the world-renowned aerial artist, John Quigley, to send out a peace message to the world. AFP PHOTO/AHMAD GHARABLI (Photo credit should read AHMAD GHARABLI/AFP via Getty Images) 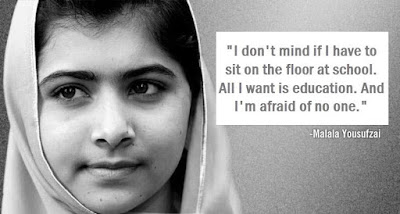 "Malala Yousufzai: Ï don't mind if I have to sit on the floor at school, all I want is education. And I am afraid of no one" 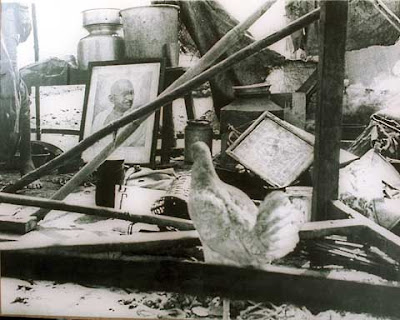 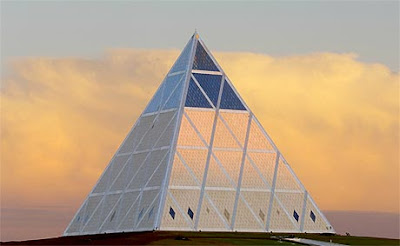 The Pyramid of Peace expresses the spirit of Kazakhstan, where cultures, traditions and representatives of various nationalities coexist in peace, harmony and accord. Bathed in the golden and pale blue glow of the glass (colors taken from the Kazakhstan flag), 200 delegates from the world's main religions and faiths will meet every three years in a circular chamber — based on the United Nations Security Council meeting room in New York. ; Height: 77 m (252.62 ft)p total area: 25,500 sq.m.; Accommodates: Opera Hall for 1,500 seats, The Museum of National History, The Research Center of World Religions, Library of Spiritual Religious Literature, Exhibition and conference rooms. text from: www.astana-kazakhstan.net/
website: astana-piramida.kz/en 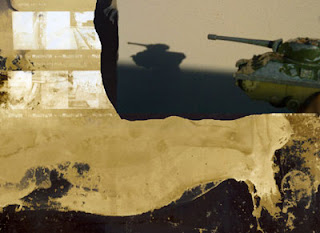 'The Art of Peace' – Morihei UESHIBA 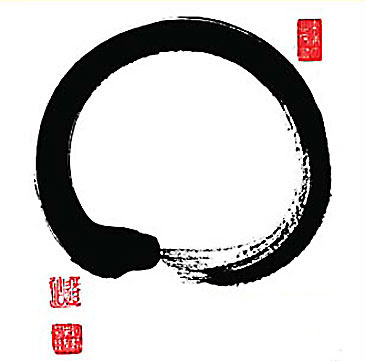 “When you bow deeply to the universe,
it bows back;
when you call out the name of God,
it echoes inside you.”

The real way of the warrior is based on compassion, wisdom, fearlessness, and love of nature. So taught the great Morihei UESHIBA (1883–1969), founder of the Japanese martial art of Aikido.
read more: abcofsuccess.com/blog/2014/08/07/art-of-peace-morihei-ueshiba/ 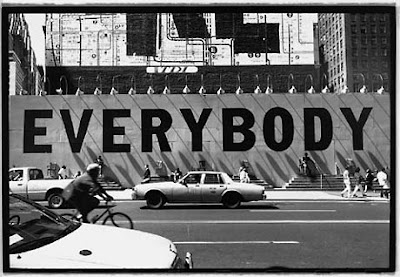 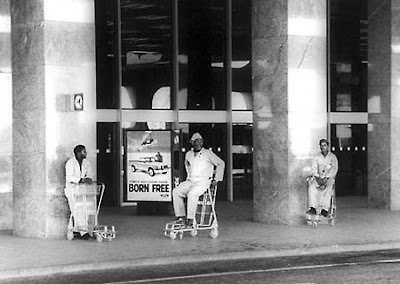 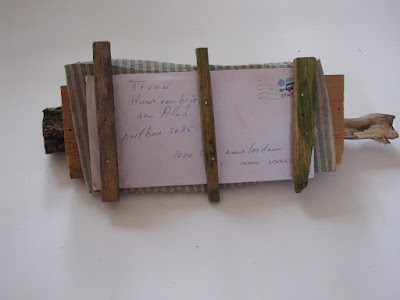 God Netherlands and Europe
Whether we like it or not faith has dominated the debate for ages and probably for ages to come. It was proven by me because of projects like the P.O.Box of God how relevant religion still is. It’s because of the nature religion is about, it embodies the need Humans have in having faith in symbols and rituals. read more: www.johanvanderdong.nl/ 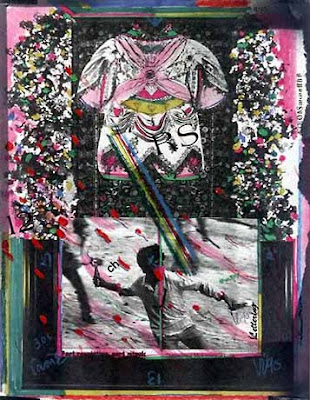 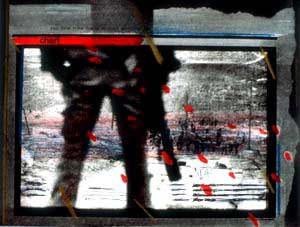 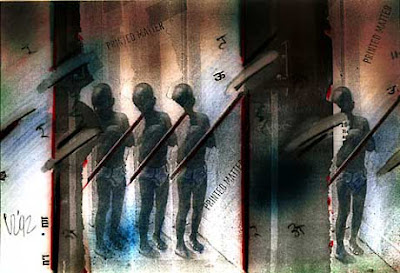 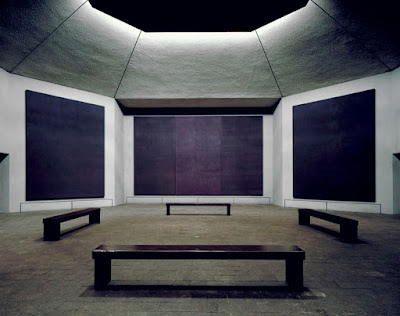 printed with permission: © ROTHKO Chapel, Houston, USA
The Rothko Chapel is a non-denominational chapel in Houston, Texas, founded by John and Dominique de Menil. The interior serves not only as a chapel, but also as a major work of modern art. On its walls are fourteen black but color-hued paintings by Mark Rothko. Wikipedia
www.rothkochapel.org/

BOOK: 'From Cultures of War to Cultures of Peace': War and Peace Museums in Japan, China, and South Korea 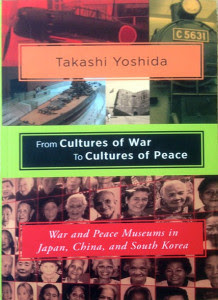 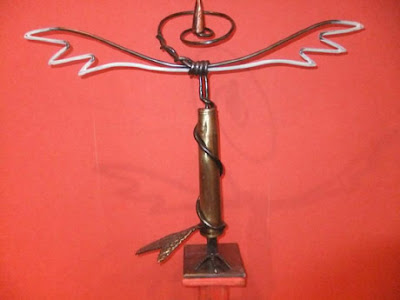 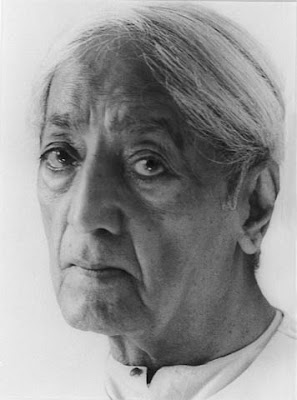 Mitter BEDI, a stunning portrait of Khrisnamurti. This photograph is part of 'the Other Way of Seeing', exhibition on the Indian Way of Visualising in Photography.

'Peace in the Persian Gulf' 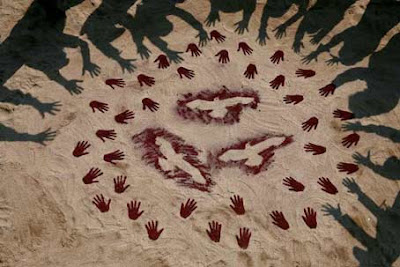 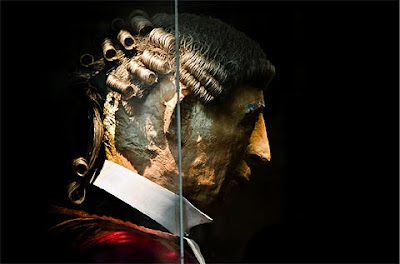 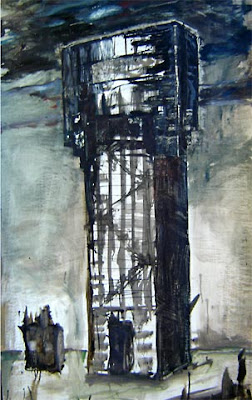 Willem BEHR, 'Watchtower', relic from the 2nd world war at Eede, Zeeuws-vlaanderen, the Netherlands (which looks like it could have stand anywhere in the world, really) 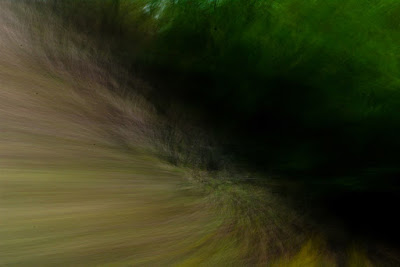 Guernica (Spanish: [ɡeɾˈnika], Basque: [ɡernika]) is a large 1937 oil painting on canvas by Spanish artist Pablo Picasso. One of Picasso's best known works, Guernica is regarded by many art critics as one of the most moving and powerful anti-war paintings in history. It is exhibited in the Museo Reina Sofía in Madrid.
The gray, black, and white painting, which is 3.49 meters (11 ft 5 in) tall and 7.76 meters (25 ft 6 in) across, portrays the suffering of people and animals wrought by violence and chaos. Prominent in the composition are a gored horse, a bull, screaming women, dismemberment, and flames.
Picasso painted Guernica at his home in Paris in response to the bombing of Guernica, a Basque Country town in northern Spain, by Nazi Germany and Fascist Italy at the request of the Spanish Nationalists. Upon completion, Guernica was exhibited at the Spanish display at the 1937 Paris International Exposition, and then at other venues around the world. The touring exhibition was used to raise funds for Spanish war relief. The painting soon became famous and widely acclaimed, and it helped bring worldwide attention to the Spanish Civil War.
wikipedia
10 facts of Guernica www.pablopicasso.org


Qassim ALSEAD: 'Shortly after the War' 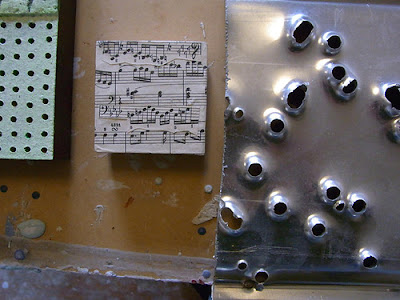 My Beautiful Enemy – دشمن زیبای من – عدوي الجميل
Farhad Foroutanian & Qassim Alsaedy
Mesopotamia and Persia, Iraq and Iran. Two civilizations, two fertile counties in an arid environment. The historical Garden of Eden and the basis of civilization in the ancient world. But also the area were many wars were fought, from the antiquity to the present.The recent war between Iraq and Iran (1980-1988) left deep traces in the lives and the works of the artists

The artists Qassim Alsaedy (Iraq) and Farhad Foroutanian (Iran) both lived through the last gruesome conflict. Both artists, now living in exile in the Netherlands, took the initiative for this exhibition to reflect on this dark historical event, which marked the recent history of their homelands and their personal lives. Neither Farhad nor Qassim ever chose being eachother’s enemies. To the contrary, these two artists make a statement with ‘My Beautiful Enemy’ to confirm their friendship. link 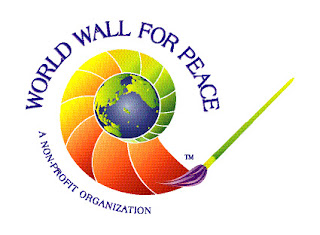 The purpose of the World Wall for Peace (WWFP) is to show how creativity can prevent and abolish conflict, and give people ways to walk down different street than the violent street. Peace is a verb. Peace is every breath, every step, every mile. The Peace Empowerment Process (PEP) shows that courage is the first peace power, and that every other, of over a hundred powers we all have, is achieved through courage. These more than a hundred powers form a complete circle, and the wholeness of the circle is non-violent power.
Walls around the World 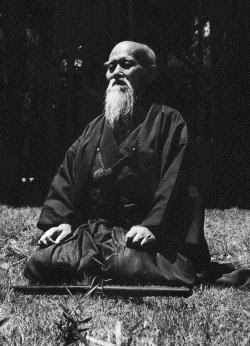 Morihei Ueshiba (植芝 盛平, Ueshiba Morihei, December 14, 1883 – April 26, 1969) was a Japanese martial artist and founder of the martial art of aikido. He is often referred to as "the founder" Kaiso (開祖) or Ōsensei (大先生/翁先生), "Great Teacher". (text wikipedia)

"There are no contests in the Art of Peace. A true warrior is invincible because he or she contests with nothing. Defeat means to defeat the mind of contention that we harbor within."

"There are no contests in the Art of Peace. A true warrior is invincible because he or she contests with nothing. Defeat means to defeat the mind of contention that we harbor within."
www.brainyquote.com/authors/morihei-ueshiba-quotes 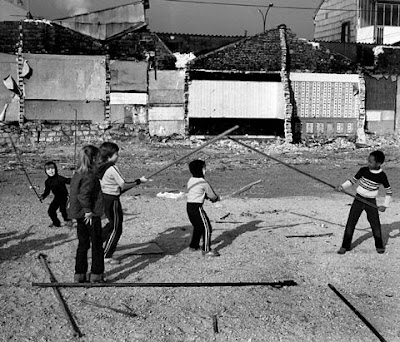 Children playing, not fighting. A picture I took in 1967 in Paris.
Is this how it starts? Somehow fighting is in our genes and you have to learn how to defend yourself.

the Art of Peace symposium

The Art of Peace, a major, multi-day symposium exploring the use of the arts in peacebuilding, will take place at the University of San Diego November 11-14, 2015, under the auspices of the Joan B. Kroc Institute for Peace and Justice. The symposium will feature local, national and international playwrights, filmmakers, poets, musicians, visual artists, and academics who are mobilizing the creative power of the arts to break the cycle of conflict. centerforworldmusic.org/2015/10/the-art-of-peace-conference-and-performances-at-usd/

PEACE PALACE, the Hagur, the Netherlands 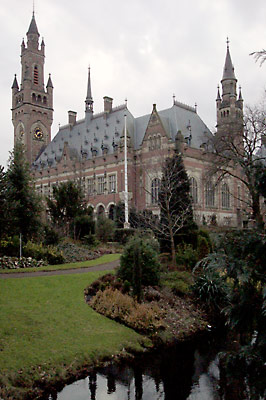 Picture of the PEACE PALACE in The Hague (the Netherlands. This is why I started this project, I used to walk my dog there almost daily, which gives you time to think ..
http://www.flickr.com/photos/roel1943/373387410/

http://en.wikipedia.org/wiki/Peace_Palace
Categories: Rijksmonuments | Andrew Carnegie | Courthouses | Buildings and structures in The Hague | Diplomatic buildings
http://www.ppl.nl/ peace palace library
view peacepalacelibrary's links on del.icio.us
view peacepalacelibrary's photos on Flickr
we are peacepalace on Twitter, subscribe!
MSN: webteam@ppl.nl,
Y!: peacepalacelibrary
European Court of Human Rights Reform
On Friday, 19 February, at the Ministerial Conference on the future of the European Court of Human Rights (ECHR) in Interlaken, Switzerland, the 47 me... read more
scan this qr code using your camera phone to read this blog on your phone

Peace movement collection online
http://www.ppl.nl/index.php?option=com_content&view=article&id=159:peace-collection-online&catid=35:peace-palace-library-news&Itemid=1
The Peace Palace Library has been long in the possession of a unique and important collection on peace movements from the period 1899-1940. This 'Peace Movement Collection', with about 1500 items,
consists of all kinds of materials like brochures, pamphlets, letters and photographs from pacifist organizations and people striving for world peace.
The library has started to put a selection of 100 items from this collection online by uploading the digitized images, made with help of the Metamorfoze project of the National Library of the Netherlands, to Flickr.
We’d love to have your input here! Look at it, read it, tag it, help to add comments… You can even request for further uploading of records of your interest by telling us what you’d like to see online first. You tell us and yes… we scan! Go to the Peace Movement Collection

Starr Commonwealth
The 6th Best Charity Organization in the U.S.A., hosting the World Peace Artist Residency 2000, and the site for the 2001 World Peace Earthwork.
v